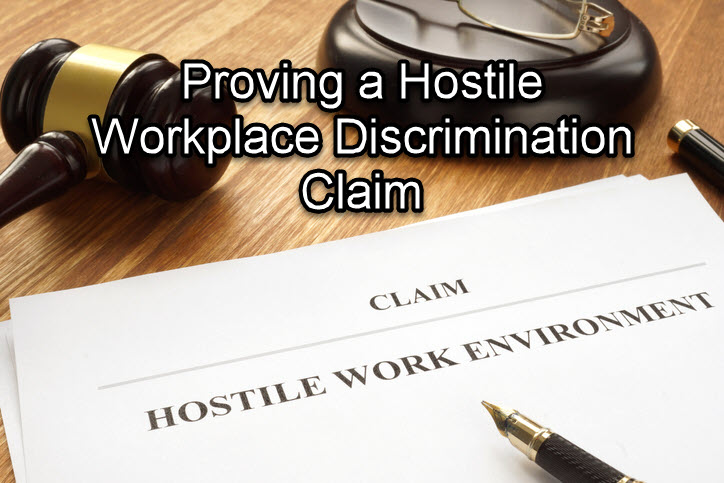 The workplace is supposed to be a professional and safe environment where people can do their jobs without interference. Unfortunately, some people bring discriminatory attitudes and behaviors to work, to the annoyance of subordinates or co-workers. In New Jersey, if the conduct is sufficiently severe or pervasive, it can create a hostile work environment, which is a form of illegal discrimination.

Under the state Law Against Discrimination, to prevail in a hostile work environment claim, an employee must prove all of the following:

The basis of a hostile work environment claim is that biased or unkind words or conduct directed against a particular group could lead a reasonable person who is a member of that group to believe that the conditions of employment had changed adversely. However, meeting the “pervasive” or “severe” requirement has been difficult in many cases, since New Jersey courts have sometimes found that isolated incidents of unwelcome comments were not enough to change the character of the workplace.

In a recent ruling, Rios v. Meda Pharmaceutical, Inc., the state Supreme Court provided guidance on the issue. The court held that just two incidents of a supervisor making racial slurs to an employee constituted a hostile work environment. One major factor in the court’s decision was that the employee reported directly to the supervisor, who had the authority to control and discipline the employee. The court said that the imbalance of power justified holding the supervisor to a high standard of conduct.

A hostile work environment claim can also be brought when a company retaliates against an employee for reporting illegal conduct or for asserting their rights in response to illegal discrimination.

An employee who proves a claim of hostile work environment may be entitled to recover damages for monetary losses, such as back pay. The employee might also get injunctive relief, which means that the company can be ordered to stop the harassment and even rehire the employee if he or she was wrongfully terminated or quit in response to the hostile workplace. In certain circumstances, a company may be liable for the victim’s emotional distress and be assessed punitive damages. In that instance, the employee must prove that company managers knew or should have known about the hostile work environment.

Deutsch Atkins & Kleinfeldt, P.C. in Hackensack represents individuals in employment cases throughout the greater New Jersey and New York metropolitan area. Our attorneys fight to protect the rights of employees who suffer discrimination on the job. If you have a hostile workplace situation or other employment issue, contact us online or call 551-245-8894 for a consultation.