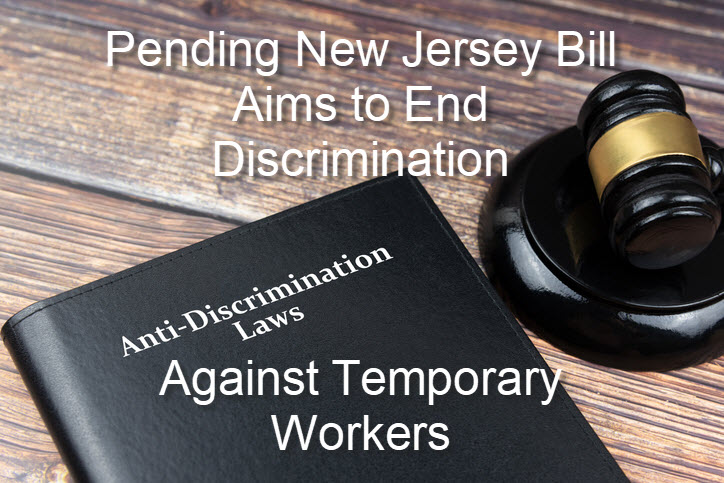 New Jersey’s warehouse and e-commerce sectors are booming but the growth depends in large part on the state’s 125,000-plus temp workers, who are disproportionately Black and Latino, and who are routinely paid less than permanent workers. State lawmakers are working on a bill called The Temporary Workers’ Bill of Rights to extend equal rights to temp workers.

The proposed law would require staffing agencies to do the following:

The law would also protect temp workers from retaliation for exercising their civil rights. Staffing agencies would be subject to various penalties for violating temp workers’ rights, including fines of $5,000 a day for each day of non-compliance.

Gov. Phil Murphy conditionally vetoed the bill on technical grounds in early October 2022, sending it back to lawmakers to make tweaks. In issuing the veto, the governor was careful to point out that he “wholeheartedly support[s] the overarching objectives of this bill.” In fact, one reason he sent the bill back to the legislature was to suggest that lawmakers appropriate $1 million to the Department of Labor and Workforce Development to enforce the law’s provisions.

As a law firm focused on employee rights, we support the Temporary’ Worker’s Bill of Rights and the protections it extends to some of the state’s most vulnerable workers. For too long, temp workers have suffered wage discrimination and other exploitative conduct and had to live with it because they had fewer rights. Once this bill becomes law, we hope temp workers will no longer be afraid to stand up for themselves. We’ll be there to help them do it.

Deutsch Atkins & Kleinfeldt, P.C. in Hackensack represents employees and temp workers in cases involving discrimination, wage and hour disputes, harassment, retaliation and more. If you believe your employer or agency is mistreating you, call our Hackensack office at 551-245-8894 or contact us online to schedule a consultation.