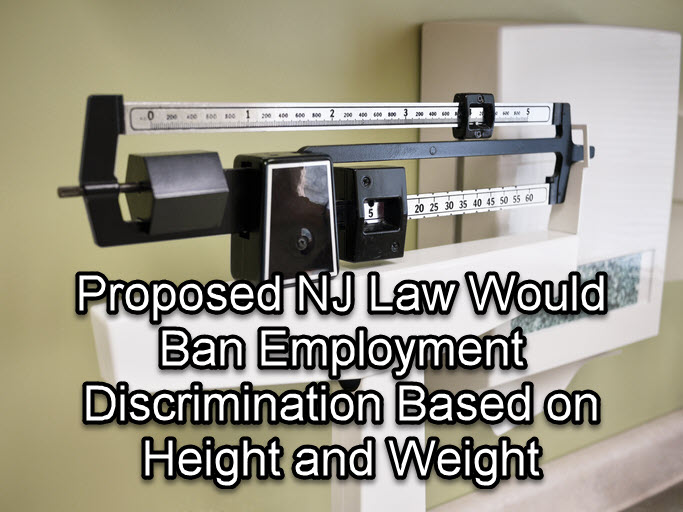 A New Jersey state senator in June introduced a bill that would make it illegal for employers to discriminate against someone because of their body size or shape.

The measure, Senate Bill 2741, would expand the New Jersey Law Against Discrimination (NJLAD) to include height and weight as protected characteristics. If the bill becomes law, New Jersey would join Michigan as the only two states to extend legal protection to employees based on their height and weight. There are no federal protections for these characteristics in federal law.

While we wait to see whether this new bill eventually becomes law, employees should know that even under current NJ law it may be possible for significantly overweight people to make a valid discrimination claim.

In a few past cases, the courts have rejected claims that obesity is a disability. However, obesity is often a symptom of underlying medical conditions, such as hypothyroidism, polycystic ovary syndrome, Cushing’s syndrome and other diseases. Other people become overweight because a disability prevents most physical activity. In either case, if you believe you experienced hostile treatment at work because of your weight, it could be possible to file a discrimination claim under New Jersey or federal law.

At Deutsch Atkins & Kleinfeldt, P.C. our mission is to help people who have been victims of bias in employment. If you were refused employment, fired, demoted or treated in a hostile way and for reasons not related to your qualifications or job performance, call our lawyers to talk about it. Reach our Hackensack office by calling 551-245-8894 or contact us online to arrange a confidential meeting.