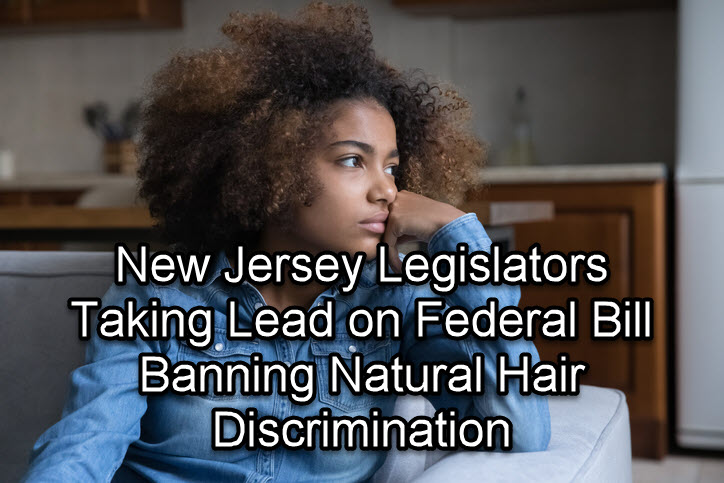 A bill that passed the U.S. House of Representatives would, if enacted into law, create federal protections for people with natural hair textures and hairstyles. This would prohibit the mistreatment that many Black workers have endured from employers. Two members of Congress from New Jersey are leaders in this effort.

The Creating a Respectful and Open World for Natural Hair Act, referred to as the “CROWN Act,” is sponsored in the House by Rep. Bonnie Watson Coleman of Mercer County and in the Senate by Sen. Cory Booker. Language within the bill notes that hair, like skin color, has historically served as a basis for racial and ethnic discrimination against people of African descent. Some of the particular hairstyles that have led to biased treatment according to the bill are locs, cornrows, twists, braids, Bantu knots and Afros.

Upon passage, the bill would bar discrimination based on an individual’s hair texture or hairstyle that is commonly associated with a particular race or national origin in:

Violations of the CROWN Act would be treated in the same manner as existing cases where someone is discriminated against because of their status within a legally protected group.

Even if the CROWN Act does not become law, it might be possible for discrimination lawyers to argue that mistreatment of people based on hair texture and hairstyle are pretexts for racial and/or national origin discrimination, which are already illegal under both federal and state law. There may be situations where an employer claims that a particular hairstyle is an impediment to performing job duties safely. For example, long braids could get caught in certain types of machinery. In these cases, the employer could be required to make a reasonable accommodation, such as providing a hair covering.

If you suspect that you are the victim of any kind of employment discrimination in New Jersey, Deutsch Atkins & Kleinfeldt, P.C. in Hackensack is ready to help. You may schedule a consultation by contacting us online or calling us at 551-245-8894.